We get an instance which contains 2 contracts: Delegation and Delegate, but we can only execute from Delegation, and that is where we need to become owner.

This level is extremely straightforward if you know about delegate calls and normal calls (you can read more about their differences here). Basically, a delegate call will execute code while keeping the context of the current contract, so if variables get changed, they get changed in the contract from which the call was made.

In the Delegation contract we observe the following fallback function:

If the function called does not exist, it will just call the function passed as msg.data in the Delegate contract, while keeping the same context. We can just execute the Delegate.pwn() function in order to become the owner. 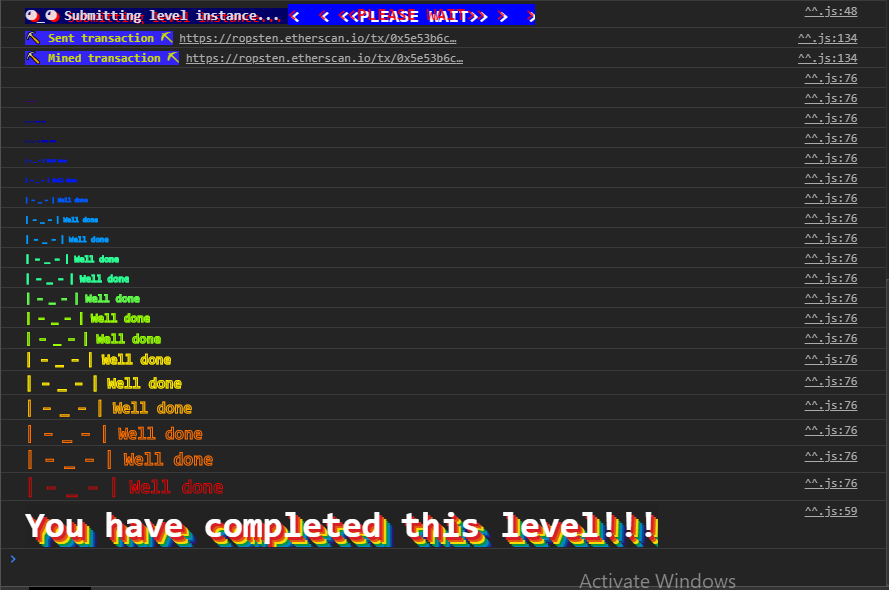